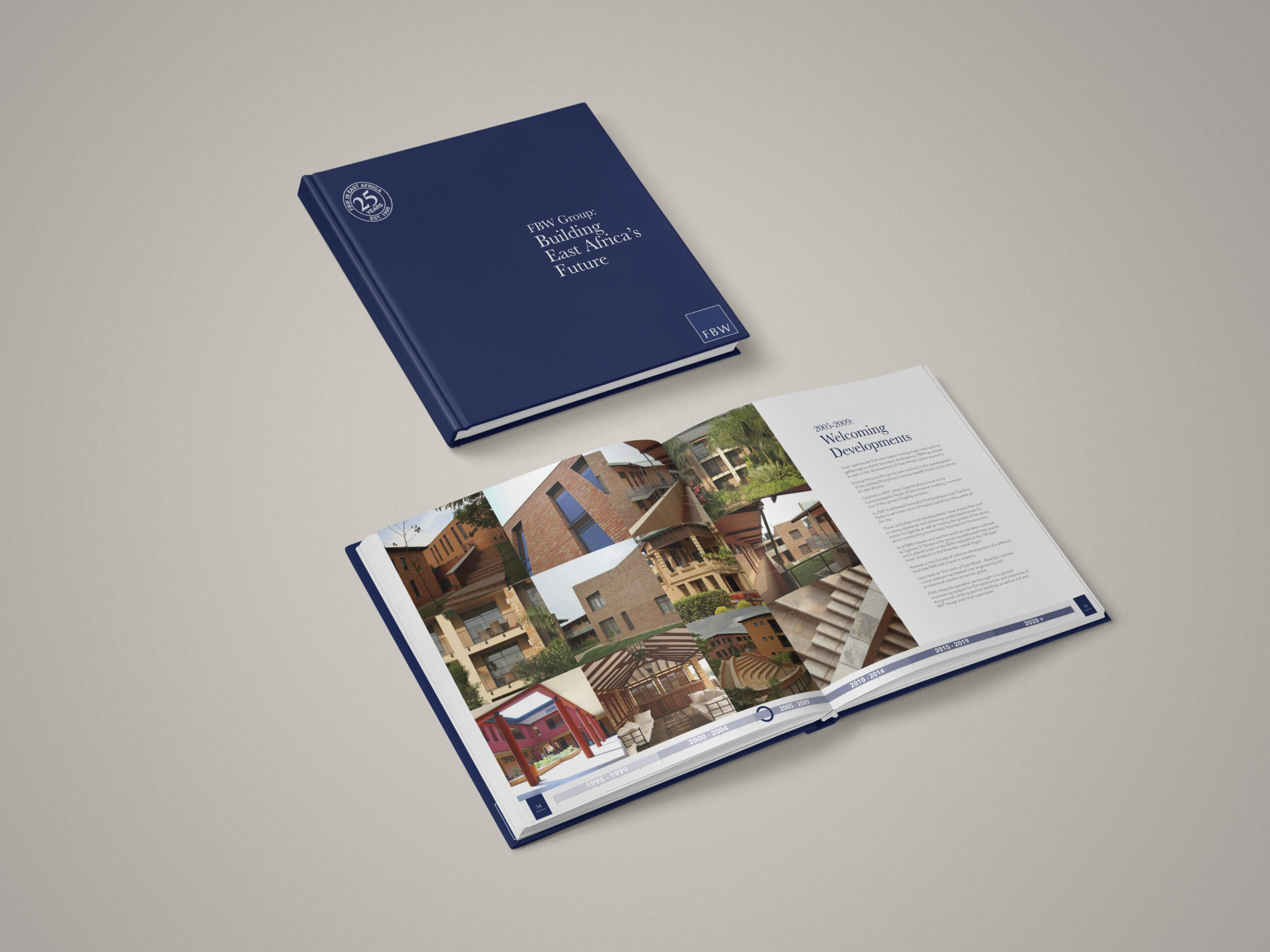 In Print: Our Story

A new book chronicling the first 25 years of FBW Group’s history and its growth into a major East African architecture, planning and engineering business has been published.

‘Building East Africa’s Future’ highlights many of landmark projects across the region that the group has helped to deliver over a quarter of a century and the people whose efforts have made FBW the business it is today.

It is the fascinating story of FBW’s development over those years, told through the eyes of those who have played a role in its growth in the region and beyond, and it is also the story of the development of East Africa.

The 86-page hardback book, printed on recycled paper, is being distributed to clients and friends of FBW to mark the 25-year milestone and copies are being presented to all members of staff.

Founding director and group chairman Geoff Wilks is among those who have worked for more than 12 months to produce the book, looking back into the company’s archives and putting people’s memories and storied down on paper. Antoni Folkers, another of the original founders, also contributed to its creation.

The book includes striking images of FBW Group projects over a quarter of a century as well as featuring the faces of team members and the names of those who played their part in the company’s story.

Geoff Wilks said: “With 25 years of work in East Africa we believed we had a story to tell. It has been fascinating to look back at the way FBW has grown and developed over the years. It has been an exciting and fulfilling journey so far, and the book chronicles that.

“It is also a book about people and has given us a chance to reminisce and share their stories, from our earliest days right up to present day. The one thing we can say about FBW’s story is that it has never been dull! It has been a real adventure.

“Putting the book together also allowed us to look back at the varied projects we have been involved in and as such it is also a really positive story of East Africa’s growth and development.”

Managing director Paul Moores said: “Creating and publishing the book has given us a chance to look back at all we have achieved thanks to the talented people who have been committed to FBW over the years and to share our story with a wider audience.

“And it is a story that continues to develop. The book is called ‘Building East Africa’s Future’ and that is something we continue to be wholly committed to as we continue to help deliver landmark projects and grow and nurture local talent across our offices.”