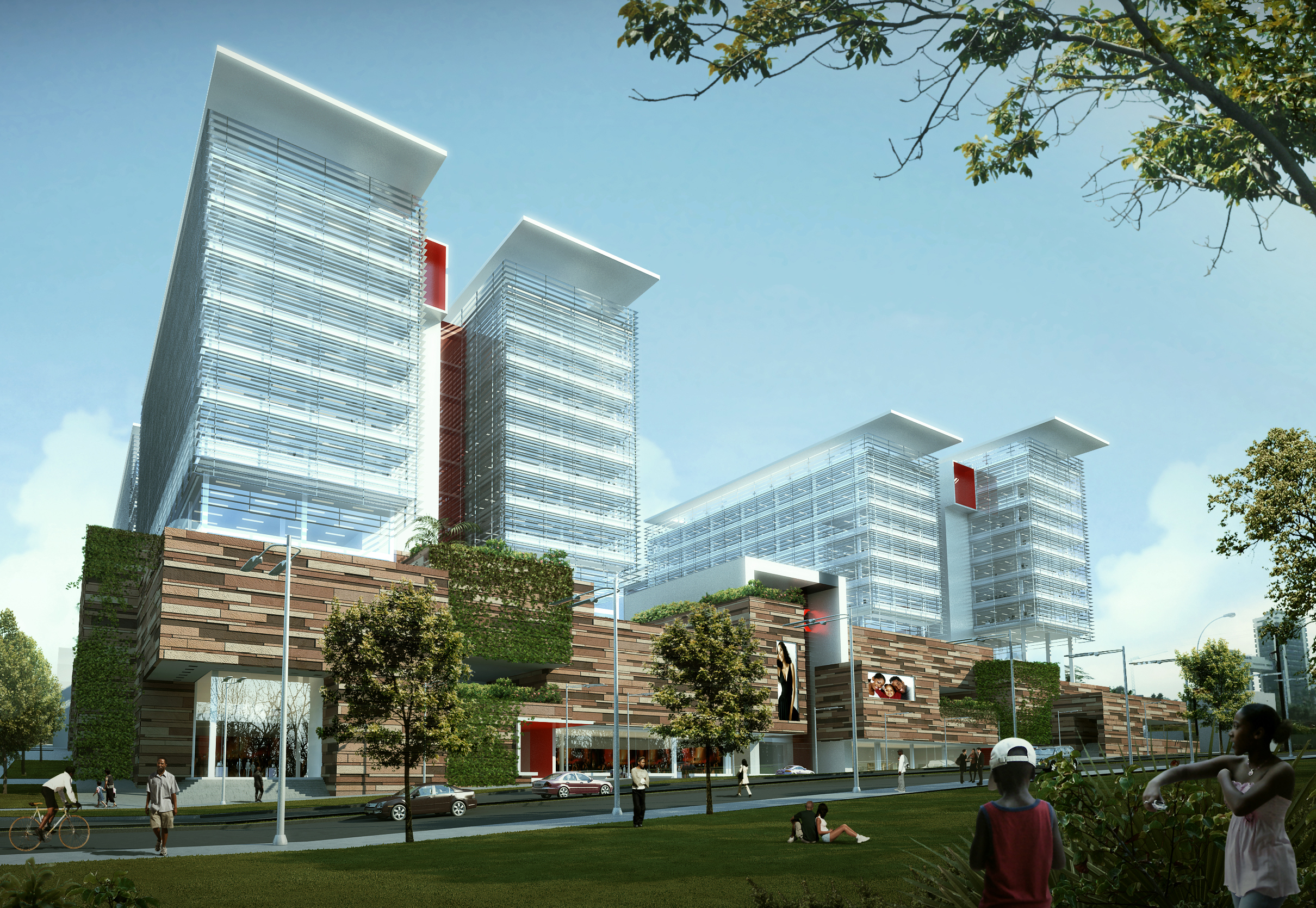 From small schools and clinics in remote rural areas to multi-million-dollar large-scale health, leisure and industrial projects, FBW Group’s 25 years of growth in East Africa runs parallel with the economic development of the region.

For the past quarter of a century FBW and its team has been building its reputation for excellence in architecture, engineering and design.

Today the business has thriving operations in Uganda, Kenya and Rwanda, as well as offices in the UK and Netherlands.

The multi-disciplinary planning, design architecture and engineering group has a workforce of more than 30 professionals delivering high value construction and development projects.

Things were very different when FBW began life in 1995, founded by architects and engineers working in Tanzania, including Geoff Wilks, from Greater Manchester, who is still the chairman of the group.

He arrived in Tanzania in the early 1990s to work for an international company. A chartered engineer, he recognised the opportunities that existed and linked up with Dutch architect and urban designer Antoni Folkers and Belinda van Buiten to set up FBW, which was originally named after the trio.

Geoff, who still has the company’s first nameplate as a souvenir in his office at home, recalls how its early projects included working on British High Commission buildings in Dar es Salaam as well as health and educational establishments in remote rural areas.

The clients were mainly European donors, the jobs were modest, the designs functional and the logistics challenging.

Geoff explains: “Some of the small school and hospital jobs entailed a three-day drive on dirt roads, or a combination of roads and tracks to get to the site.

“You might be away from home in the car for eight days. There were no mobile phones in those days, so we had to use shortwave radio to keep in touch, stopping at a given time to put up the aerial and make contact with home.”

FBW’s first expansion outside Tanzania saw it take on projects in Uganda, which once again meant Geoff was on his travels, this time frequently shuttling between Dar es Salaam and Entebbe by air.

The work in Uganda continued to develop, with commercial projects growing alongside health and education as FBW increased its contacts. A second office in Kampala was opened to meet that demand for its services.

Geoff says: “We quickly realised the opportunities. We were also struck by the can-do attitude exists in Uganda. I’ve always maintained the country’s most precious asset is its people”

Architect Paul Moores, originally from Manchester, joined the business in Kampala in 1998 and today carries out a group managing director role.

Rwanda was the next FBW office to open as the expansion plan continued, followed by Kenya. It was, Geoff explains, a well-thought-out strategy.

He says: “Our Ugandan operation gave us a core of good people and a platform for us to be able to think about what we might want to do in the wider region.

“From 2005 onwards it has been our ambition to be a regionally-based business and to have a foothold in each of the countries in East Africa.

“We’ve got boots on the ground and we have employed and developed local people and created capacity wherever we are.

“It also means we have flexibility and aren’t dependant on the fortunes of one single country or sector for that matter.

“We can adept to circumstances quickly. We’ve very carefully plotted our growth and the order in which we’ve opened new offices and we can deploy our staff where they are needed. It gives us that cutting edge.”

During its growth journey FBW has recruited some of the top talent in architecture, design and engineering in East Africa, as well as nurturing its own people and retaining its links with the UK through other key appointments.

Stuart Harley, group director of operations; Nigel Tilling, director of architecture; Rob Woffenden, director of engineering and architect Antje Eckoldt, now country manager in Kenya, have all been with the practice for more than two decades

Paul Semenda, who is Ugandan and began his career as an architect with the group, is now in charge of the Kigali operation in Rwanda. He joined the organisation in 2009.

Geoff says: “The result is a great team delivering great projects. Today we’re involved in developments in all sectors, from retail and leisure to housing and education as well as offices and healthcare.

“As a multi-disciplinary practice, we are able to draw on a wide skills base and resources for our clients. And we’ve built up a strong track record of delivering prestigious, sensitive and high value projects.”

Throughout its 25 years, FBW Group has played its role in the development of architecture, engineering and construction in Africa, with its projects increasing in range and complexity.

Rural hospitals have given way to high-tech first-world medical facilities, rural schoolrooms to university campuses. Its client base today consists of major developers and international businesses, agencies and investors.

Working with private and institutional clients, over its 25 years has built longstanding relationships a trusted ‘Partner of Choice’ for projects across East Africa.

FBW has made its mark on the local landscape. Some of the most striking developments in cities such as Kampala, where it has its headquarters, Kigali and Nairobi, have been delivered with the help of FBW’s expertise.

Geoff says: “Environmental considerations have become increasingly important in recent years in East Africa. The complexity of the projects we work on has also risen.

“Developers continue to raise standards in both design and delivery as investment in the region grows, and that is a good thing.”

He also believes Africa’s green cities agenda will become increasingly important and central to FBW’s work in the coming years, bringing with it the continual demand for more sustainability in building design and construction.

Geoff stresses that the sustainability agenda, now so important in the region, is not just about the planet. It is being driven by local economic factors and the financial, as well as the environmental need, to ensure buildings work as efficiently as possible.

FBW Group has always been committed to sustainability and ecological considerations in its building designs. Delivery of sustainable building solutions and green principles continue to form an integral part of the design thinking that underlies all its work.

As part of its continuing commitment to ‘build green’ and to advocate for green buildings it is also a member of the Kenyan Green Building Society, part of the World Green Building Council.

It is also a champion of the EDGE green building certification system. The Kenyan government has declared that all affordable housing development projects under the nation’s ‘Big Four’ agenda must meet the EDGE standard.

Looking ahead to the next 25 years, Geoff would like to see the business bring on and develop more local talent and offer them strong career paths.

He is optimistic for the further economic development of East Africa as increasing numbers of major investors discover what the region can offer them.

He adds: “Over a quarter of a century of work we’ve built up a strong track record of delivering prestigious, sensitive and high value projects.

“We are seen as a preferred partner of choice for developments across East Africa and we’ve got to that situation through hard work and dedication.

“That is something we are really proud of. We’re looking forward to the next 25 years with optimism that we can continue to play our part in East Africa’s economic growth story.”