An African adventure that keeps on growing

A team of British architects and engineers have been driving a successful business in East Africa for over 20 years – and have now unveiled ambitious expansion plans across the region.

FBW Group has operations in Uganda, Kenya, Rwanda and Tanzania – but its roots can be traced back the North West of England. Today the multi-disciplinary planning, design architecture and engineering group has a workforce of more than 30 professionals delivering high value construction and development projects in East Africa.

FBW, now a major player in the region’s construction and development sector, was founded in 1994 by architects and engineers working in Tanzania, including Geoff Wilks, from Stockport, who is still the chairman of the group. He divides his time between his structural and engineering practice in Manchester and East Africa.

Architect Paul Moores, also from Manchester, is managing director and is based in the group’s head office in the Ugandan capital Kampala. He joined the business in 1998.

The North West links continue with Stuart Hartley, from Manchester, who is chief operational officer, operating out of the group’s Ugandan office, along with Nigel Tilling, from Warrington, who is director of architecture. Rob Woffenden, originally from Marple, is another member of the team. Formerly director of engineering in the group’s Rwanda office, he has now moved to its Kenyan office to help drive its expansion plans.

The group, which has recruited some of the top talent in architecture, design and engineering in East Africa as part of those growth plans, offers a wide range of in-house professional building and technical services. They include pre-design services, development consultancy, building appraisals and condition surveys, project management, architecture, civil and structural engineering, MEP engineering, telecommunication engineering, and other building consultancy services.

Geoff Wilks, who is also director of Manchester-based structural engineering specialist TRP Consulting, believes there are strong opportunities emerging for UK companies in the region. He says: “We’re seeing strong signs of growth in all the countries we operate in and we have plans to expand driven by the economic opportunities that are arising across the region.

“There is a growing belief that in Uganda the oil industry is about to really take off, with large multi-national operators looking at the country. We’re now gearing up to take advantage of that and to help deliver the infrastructure that will be needed. There’s also much optimism about the future of the Kenyan economy and as a result we’ve increased our presence in our Nairobi office. We are already working to deliver major prestige housing projects as development on the outskirts of the city gathers pace. We’ve also got strong expansion plans in Rwanda where we are working on a number of tourism related development projects on behalf of international investors, with more in the pipeline. The country’s ambition to become the region’s IT hub is also set to create big opportunities there, we believe.”

Geoff’s strong working knowledge of East Africa dates back to his arrival in Tanzania in the early 90s. He arrived to work for an international company, recognised the opportunities and established the business that was to become FBW Group. He says: “It’s great to see the links continuing between East Africa and the North West, it’s what makes FBW so special in my opinion. We’ve continued to attract top talent from this part of the UK, which is globally recognised for the strength of its architects and engineers, as well as from the countries we operate in.

“The result is a great team delivering great projects. We’re involved in developments in all sectors, from retail and leisure to housing and education as well as offices and healthcare. And as a multi-disciplinary practice we are able to draw on a wide skills base and resources for our clients. And we’ve built up a strong track record of delivering prestigious, sensitive and high value projects.”

FBW’s portfolio of successfully delivered developments include the British High Commission in Uganda, several high profile commercial office towers in the city and the Kampala International School as well as the National Teachers College and hotels on the shores of Lake Victoria.

In Tanzania the group has delivered hotel resorts, hospitals, shopping centres and a major mixed-use development in the capital Dar es Salaam. Its Rwandan projects include retail, commercial and transport hub in downtown Kigali, a signature library building for the Kigali Institute of Science and technology, as well as a number of tourism and leisure developments. FBW has also successfully completed engineering projects for a range of businesses including a local Coca Cola bottling company and breweries in the region.

Geoff says: “There are opportunities in all the countries in East Africa. To succeed here you have to understand the local legislation and business ethos. You also have to recognise that an enormous amount of business is conducted on trust. It pays to partner with companies and organisations already based in the region, if possible as they have those contacts and have built up that trust. We’ve seen large organisations come into the region to try and set up and they have failed. The reason is they have treated it as an extension of their existing home business and it’s not. It is a different type of business environment. Because we have been operating and working here successfully for more than 20 years we recognise these subtle differences.” He adds: “However, there are similarities that you see anywhere in the world, delivering value for money still remains paramount!” 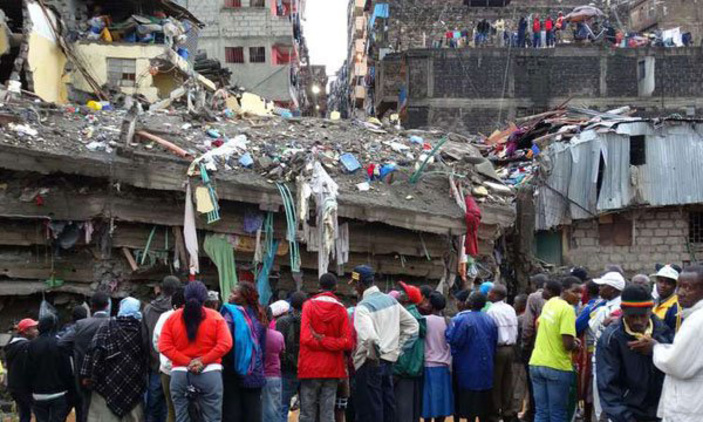